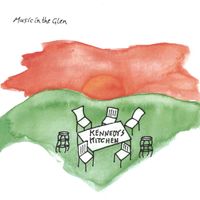 From the recording Music in the Glen

You walked the long years for over a century,
the hard packed dirt roads, the thousands year old boreens of Drumnakerry,
on the shores of Lough Eske, Country Donegal, Ireland . . .
Sailing then across an ocean wider and deeper than we can ever know
for that ocean is gone to us, living that century removed
from the kindly protestant landlord that you tell me about, and
the monthly gatherings on the Diamond in Donegal Town for the fair
everyone was there . . .trading horses, goats, chickens, pigs, potatoes, barley, oats, flour, sugar, news from down the road, stories . . . and how the people would gather round the man or woman who had a new song, which they’d be asked sing again and again until it had been learned. And there, every month the dentist waited, a drunk man with a pair of plyers who removed your aching teeth
Life for you was the priest, the parish, the Old Catholic church as center of life and community
Your five brothers who hunted rabbits for food and the odd bit of cash
them walking the six miles each way to and from town
a pile of firs on the ends of sticks thrown over their shoulders
your mother, my great grandmother, Annie Carr, who you tell me was
always, always busy doing something, even in conversation in the evenings with visiting neiighbors, her hands were ever knitting finery for sale to the shops in Donegal town
and the never-ending laundry at the stream, pounding the whites upon the rocks
and then hanging them across the bushes for the rain and the winds to finish
Your steady father, Joseph Harvey . . . Hareghy, who provided a hearty table, poaching salmon from the landlords streams, and who returned each day from his forman's job at the flax factory, a roll of shives over his shoulder for the hearth
the Irish speaking grandmother by the fire,
Mary McDermott Roe, who knew that she was better than everyone around her
There were the Arthur McBride's and Johnny Kennedy's, the men who slept in the ditches
and who entered your home without knocking, for only a stranger would knock at the door
With homes, and yet they ate at your table in exchange for
the gift of a little news from down the way
there were the tinkers, wanderers, Ireland gypseys' who gathered from your family's apple trees, and who fixed your pots and pans.
The ocean that you crossed is lost to us
the journey of weeks and a lifetime takes us a few hours, a long overnight flight
the ocean that you crossed is lost to the wealth and security that we know now
here, in America, for you sailed on the wings of revolution and war,
and the Irish Civil war that we never talked about
out of country that was never your own, landing here a citizen of England, a child of Ireland
And, when I asked why you left home, why you left Donegal
The home, the hearth, the music, my great grandfather's fiddle hung over the fire
You said to me with a child's light in your ancient blue eyes
"I wanted to go to a dance with my friends, And they were all in Philedelphia"
And when you too were in Philedelphia
the dancing that you so loved, the fiddles of Donegal had been left at home
You married, had children
saved money to return to Donegal, to Lough Eske, to Drumnakerry
And then in 1929 the stock-market crashed
In 1931, your bank failed and with it, your savings
You mothered a generation, 9 children
as your husband worked and drank through the Great Depression
You cleaned the floors and kitchens, closets, toilets
of people who knew nothing of our songs, our dances, our music
And when you told me that The Great Prudential Insurance Company had fired you,
three weeks short of your twenty year pension, because of failing health
You said this to me smiling, a gentle chuckle
as if describing the absurd behavior of a small child
For your pension is your children, and their children
those gathered about you providing what money can never provide
companionship, trust, love that reaches back across an ocean
that exists now only in memory
and I crossed that ocean with you again and again over your fading years
as you did what old people do
living in memory, remembering your mother's steady voice raised in song
your father, my great-grandfather, playing his fiddle by the fire
night after night upon year upon year
creating and recreating each night the canvas
upon which those present would weave their stories
talking about neighbors, the next house dance, a neighbors cow
or far away political events that would shake the ground beneath your feet
and send you here crossing the water
to become now a very old Irish woman in a land of strangers